In recognition of the increasing interest in the UK of America’s only volume produced two seater sports car the Classic Corvette Club UK (CCCUK) was formed as a one marque club in 1979. Since then the CCCUK and its members have built up a considerable knowledge of all aspects of Corvette ownership and usage, which is available to Club Members. We consider ourselves to be one of the most enthusiastic and friendly car clubs in the UK where our over-riding passion is our absolute love of the marque which could be a 1950’s C1, early/mid 60’s C2, late 60’s/early 80’s C3, mid 80’s/early 90’s C4, mid/late 90’s C5, recent C6 or new C7 Corvette Stingray. The club has in excess of 850 members. Our forum ( http://www.corvetteclub.org.uk/forum.php) welcomes all enthusiasts whether members or not.

Everyone is welcome at the CCCUK (including overseas members) and any year of Corvette, whether it be original, restored, customised or awaiting restoration. Corvette ownership is not essential to becoming a Member, with many people joining simply to learn about Corvettes prior to acquisition, and we are delighted to help them.

Whether you’re concerned about an odd noise or conducting a body-off restoration, going on a UK or European trip with other Corvette owners, customising or racing your Corvette we have many members with technical knowledge and practical experience who can offer the benefit of their many years’ experience covering all years and models.

The benefits of being a Club Member include the following: 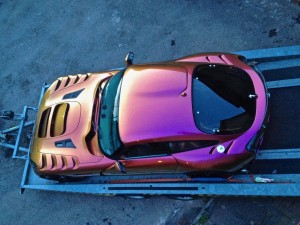 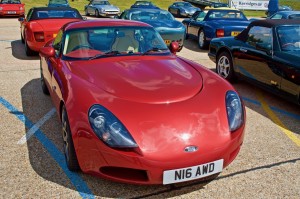 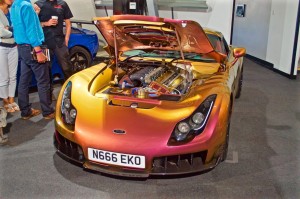 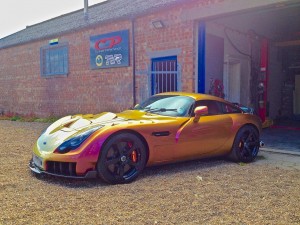 The Dax Sporting Club is dedicated to owners and enthusiasts of the iconic Seven and Cobra style sports cars.

The Dax Rush is a lightweight two seater sports car with a multi-tube triangulated space frame chassis, front engine, rear wheel drive configuration with two suspension systems – De Dion and IRS. The Rush has always offered a more muscle car stance and appearance to the classic Seven style sports car and has recently undergone a unique innovation and concept design at the hands of British concept designer and ex Lola race car engineer Rich Howlett as his design evolves this classic style open top sports car into a Concours winning Hardtop Coupé. Engine installations for the marque range from the humble 2.0 Litre variants through to the iconic Cosworth Turbo and Rover 3.9 & 4.6 Litre V8’s with trademark stainless steel side pipes, split rim alloys, 255 low profile tyres and Cosworth brakes for that all important stopping power. The Dax Rush is the true muscle car amongst the Seven style stable.

The Dax Cobra 427 offers the same iconic muscle car stance and state of the art De Dion or IRS technical specifications with a Patent Camber Compensation & Anti Roll System for competition use. This hugely charismatic sports car will accommodate most American V8 or Jaguar V12 engines and with its low, wide presence, sumptuous leather interior and trademark soundtrack, whatever your preference, whether road or race you know you are in the presence of a true icon and technical work of art.

With its online presence and comprehensive website the Dax Sporting Club offers helpful advice, tech tips and club meets for its members and enthusiasts. Useful links can be found at www.richhowlett.co.uk and www.daxsportingclub.com 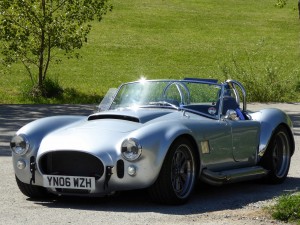 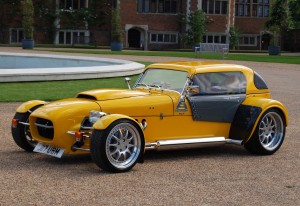 What is a kit car?

The very first kit car was built in 1949. A kit car, also known as a component car, is a vehicle that is available as a set of parts that a manufacturer sells and the buyer then assembles into a functioning car. Usually, many of the major mechanical systems such as the Engine and transmission are sourced from donor vehicles or purchased new from other vendors. Kits vary in completeness, consisting of as little as a book of plans, or as much as a complete set with all components included.

Most people think of a kit car as it was in the past where a main stream manufacturer’s car chassis had its body removed and then replaced with a kit car manufacturer’s body fitted to make the car more exotic.

Some are still built this way today but now-a-days these would be classed as re-body kits.

The most popular kit cars at the present time are Lotus seven inspired roadsters and AC Cobra inspired replicas, each of these styles has several manufacturers; however there are also several hundred other styles and models of kit cars, from three wheelers, replicas, sports fun and super car.

The East Anglian Kit Car Club was formed in October 2007 by a group of kit car enthusiasts.

The Members cars range from a 1970 Dutton Melos to a 2012 Ultima GTR super car. We also have a few three wheelers among our ranks as well.

We are also proud to say we have The Mirov II, amongst our ranks, this car was built as a 1:1 mock-up for a TV advertisement for Norwich Union insurance company. Conceived as a fictional sports car from Soviet Union the Mirov II was built by Jon Bunker in two life-size examples. The base of these creations was British UVA M6 GTR kit car. Later, Brian Thompson bought one of these mock-ups and spent nine years to convert it to a driveable road car. The Mirov II received a mid-mounted Renault 2.6-litre V6 engine.

We are a fun & friendly Group where everyone is made welcome,

Whether you’re looking to build or buy a kit car, have a finished car or you’re still building.

We now boast in the region of 100 members from Norfolk, Suffolk, Essex and Cambridgeshire.

The club meets at the Jolly Farmers Pub.

We also attend several National and Local motoring shows and fetes each year.

The East Anglian Kit Car Club is free to join, however I do collect a donation from members at our area meets.

Those interested in kit cars that would like to get involved with the club can join us at the club meets at the Jolly Farmers pub. Norwich Road, Forncett St Peter, Norwich. NR16 1LG

Established in 1962, the club was then principally aimed at catering for those new-fangled Volvo cars being imported into the UK (first imports began in 1958). Today, as then, the club caters for all Volvo models, starting with the earliest cars built in 1927 (the earliest car in the club is a 1931 PV651) right through to the latest production cars. The club boasts over 3000 members, delivering to them six full colour magazines each year. As well as the magazine, the club has National, Northern and Southern annual rallies where concourse competitions are open to all members’ cars, judged in model catagories. These events are usually full weekend affairs with free camping for club members. There are also many regional and model specific events organised throughout each year and the club is represented at important events such as the Classic Motor Show at the NEC.